Time to get back on my ranking everything I can think of in blog form and not just in my head.  How about my 10 favorite records from 2015? Hope you enjoy this countdown (though the descriptions were written #1-10 so spoilers inherent): 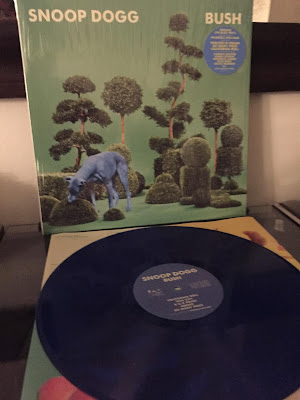 This is going to seem like an insane 10th pick in the year of music we've had but honestly, I just wanted this up there because this album was criminally underrated in my opinion. It was a summer party album, nothing fancy, but it was amazing as that. Snoop was witty, the songs were catchy, and as a whole, I just found it a fun listen. If you don't mind some new age disco-funk meets west coast hip-hop, listen and don't think too much. Enjoy yourself. "California Roll" with Pharrell and Stevie Wonder is great and "R U a Freak" is my second favorite. 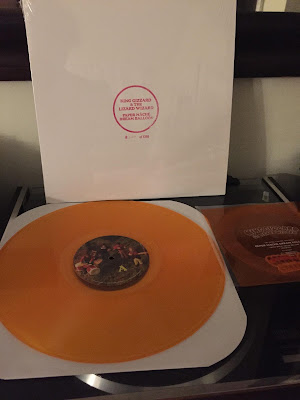 Impulse buy of the year paid off. I had read something about them being a lesser known band to check out on a music post but never had. Saw they had a copy of the limited edition of their new record in Grimey's and it came with an awesome Flexidisc. It was the best decision I've made in a long time and I quickly went back to check out their back catalog. Some awesome psychedelic music for anyone interested in a cool new band. "Trapdoor" is definitely my favorite song, though the title track isn't far away. 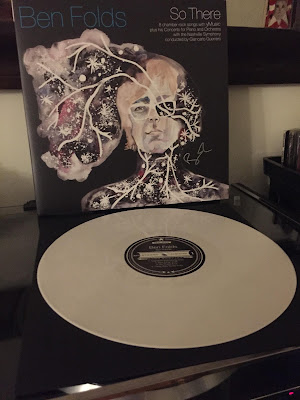 One of our Nashville heroes (who graciously did a record signing event), Ben Folds released "So There" this year in support of the concerto he wrote and then performed with the Nashville Symphony. That is the second LP but the first contains what he calls "chamber rock songs" with yMusic and they are super cool. One of my favorites of his in a long line of great albums. "Phone in a Pool", "Long Way to Go" and "Capable of Anything" are my favorites. 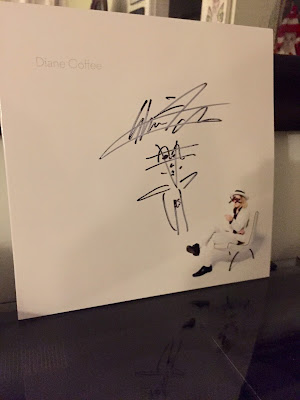 Speaking of of Montreal, this was their opening act and put on an incredible show. I rushed over to the merch booth and was not the only one trying to snag a copy of this at the show. They are classified on Facebook as "Psychedelic Motown" and that's a pretty apt description. Shaun Flemming, who is Diane Coffee, started as a voice actor (Tim and Jim Possible from "Kim Possible", as well as others) and is also part of Foxygen, but his solo project is simply one of the coolest things I've discovered this year. Both this and their 2013 album "My Friend Fish" are worth checking out. "Spring Breathes" and "Soon to Be, Won't to Be" are my favorites. (Also, he has a wonderful signature and drew like this on both of my albums) 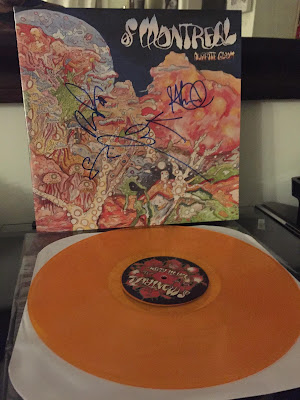 This one gets here mostly because they are my favorite band (unless Bowie counts as a band) but this really was a great album. I've loved the direction Kevin Barnes has taken the past few albums with recording to tape and the less produced feel that allows for the rest of the band to shine and for the songs themselves to be the focal point (as opposed to the texture and production from the mid-2000's oM). "Bassem Sabry" and "Empryean Abattoir" are my favorites from this one.
And I got my copy signed by the touring band including Kevin which was awesome. 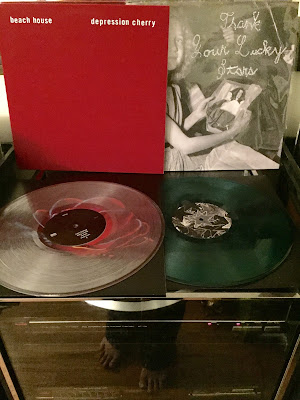 I know these are two different albums that happened to come out in the same year but they are probably my 5th and 6th albums of the year so why not combine and sneak an extra in? "Depression Cherry" is my favorite of the two and sounds a lot more like classic Beach House in its simplicity, with songs like "PPP" and "Wildflower" being the standouts. "Thank Your Lucky Stars" wasn't as consistent in my opinion, but was still amazing and had one of my favorite songs of the year, "All Your Yeahs". 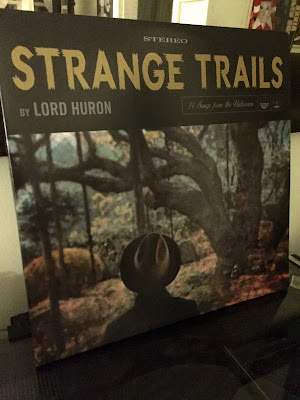 I didn't know much about these guys but they put on a free show and after seeing them I had to pick this up. It was a great decision. My favorite thing about this album is how cohesive it is. A melody or guitar line will be used in songs on different sides of the album in totally different ways and in the end you feel like you've listened to one big composition as opposed to a group of songs strung together. "Meet Me In The Woods" is far and away my favorite, but "Frozen Pines" and "Fool For Love" are also great. 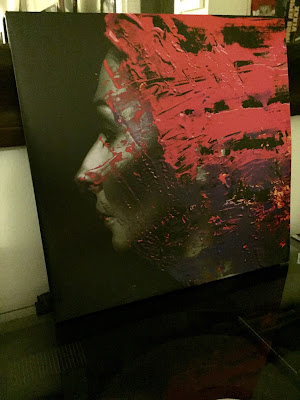 Here's where I begin to divert off of the typical Top 10 lists from 2015. I grew up loving Porcupine Tree so I'm a little biased, but the incredible four solo albums that Wilson has put out so far are truly incredible, each in their own way. This one is actually the most accessible, so if you were ever looking for some dynamite modern Progressive Rock, this is a good starting place (I've seen subs referring to his work as "our generations Pink Floyd"). Overall, it's just a great melding of excellent pop sensibilities, great instrumentation on the extended jams and Wilsons intricate skills as a producer (his credits in the Prog. community are ridiculous). "Perfect Life" isn't very representative of the album or his style even though it's my favorite, but "First Regret/3 Years Older", "Happy Returns" and the title track are other standouts. 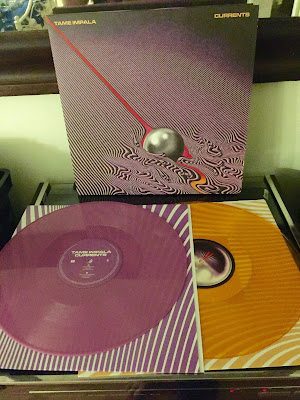 I was among those who thought that "Currents" is the best thing Tame Impala has done so far. In complete contrast with my top album, the excessive production really adds to every song. I feel like this is one of those albums that in 10 years we're going to look back and see a thousand other bands unsuccessfully try and recreate this style; It's just one of a kind. The day it came out I had a day off and caught myself hitting the end of side D countless times and going straight back to side A. It just flows incredibly well as an album. Similarly to "Carrie and Lowell", every song is a standout, but "Eventually", "The Less I Know The Better" and "Yes I'm Changing". 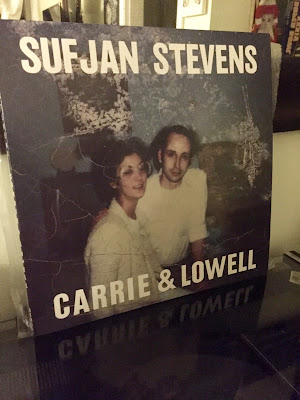 I'm sure this is on a lot of people's top 10 lists. I honestly hadn't listened to much Sufjan before this (except for "Illinois") and bought this one on a whim. I then proceeded to listen to it on repeat for about a month. This is some of the very best pure songwriting I've heard out of this decade. I love how the simplicity and sparseness allows for the emotion in every song cut through. This is what a folk/songwriter album should sound like. Favorite songs are "Should Have Known Better", "Fourth of July" and "The Only Thing" (though really all of the songs are favorites).

What just missed it? How about Kacey Musgraves "Pageant Material", The Bird and the Bee's "Recreational Love", Dr. Dre's "Compton", and Father John Misty's "Love You, Honeybear".

And yes, I know I left out every other publication/person's favorite album of 2015, Kendrick Lamar's "To Pimp a Butterfly".  Honestly, I couldn't totally get into it. Listened about 5 or 6 times. Was impressed with the production, lyrics, flow, everything really, but didn't find myself wanting to listen again. I personally enjoyed "Compton" a lot more in terms of things Kendrick worked on, though I was likely the only one. I also personally think "Good Kid, M.A.A.D. City" is a better Kendrick album.
Top 20 album of the year, but not top 10.  Its great, but not exactly my style.

Hope you enjoyed and maybe discovered something you hadn't heard yet!